Somehow I have been given the amazing opportunity to volunteer with the Special Olympics World Games Peale Project.  This project takes Special Olympic's athletes who are also photo enthusiasts and pairs them with a professional photographer.  Together they will photograph events at the World Games in Los Angeles in just about a week.

Today the athletes and their mentors were paired up, got to know each other a bit, talked camera gear (Canon donated brand new camera's to each athlete) and then got to practice shooting a sporting event together.  I have been paired up with a lovely young woman, Noelle, who is a basketball player herself. She competes in the So Cal Special Olympic games each year for her region.  Actually, though we have never met, I have actually seen her play and photographed her team during the So Cal Special Olympic Games at Cal State Long Beach this past June.  I am looking forward to getting to know her more in the upcoming weeks!  Here she is in action! 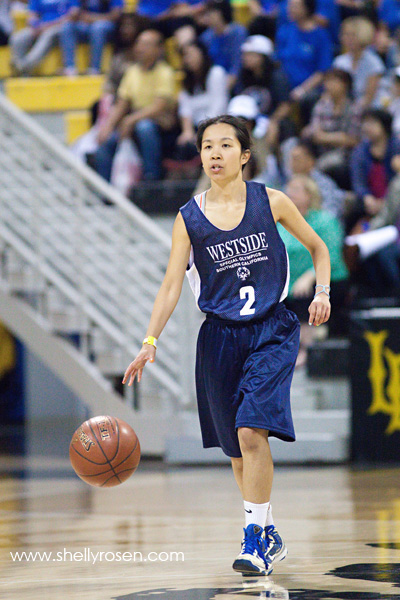 Today all of the athletes and photographers got to shoot a sporting event...An amazing awesome sporting event and a  once-in-a-lifetime opportunity at that!  We were invited by Staples Center and The Los Angeles Sparks to sit ON THE COURT and photograph the WNBA team in action!

It was a great, super fast-paced game.  Super fast, as in 500mph action!  It was quite a feeling sitting court-side with my buddy Noelle, shooting sports and talking camera settings and composition (although it is really too loud to hear anything other than the crowd!).  We both clicked away happily, enjoying the exciting opportunity!

Here are a few shots from today: 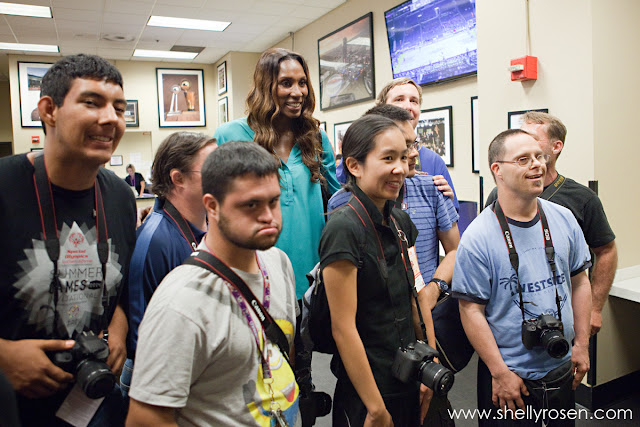 We met Lisa Leslie in the Media Room. 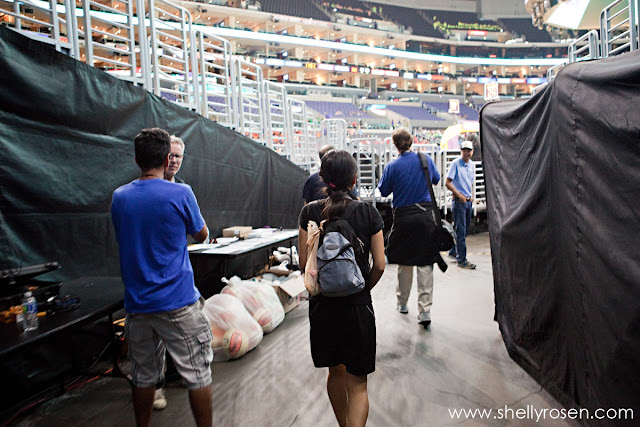 Walking out to the court for the first time. 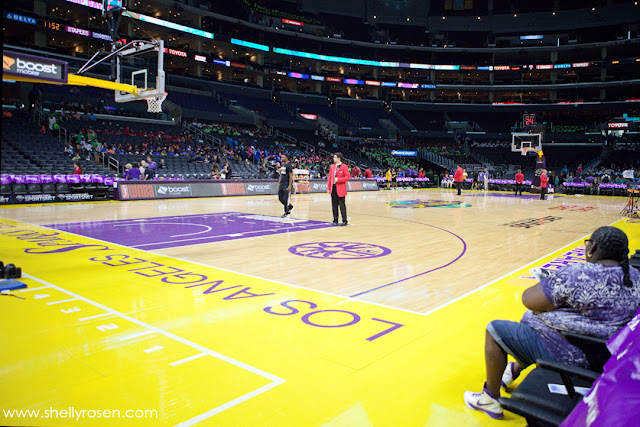 Look, we are actually on the floor of Staples Center! 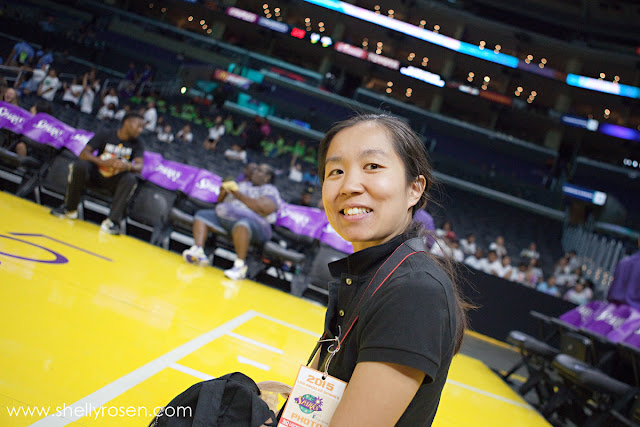 Sitting in our assigned floor seats.  We are right next to the official Staples Center photographer and a photographer for the AP. 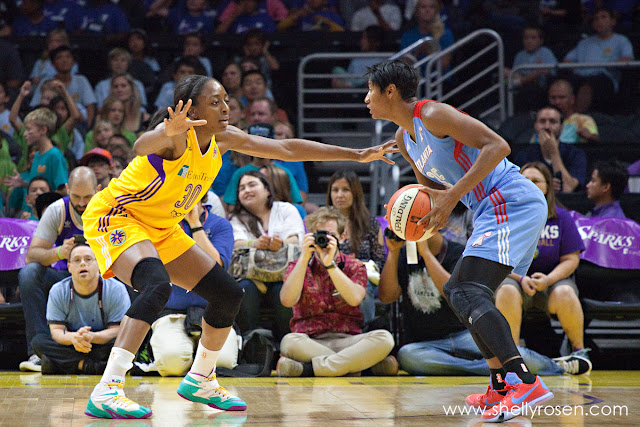 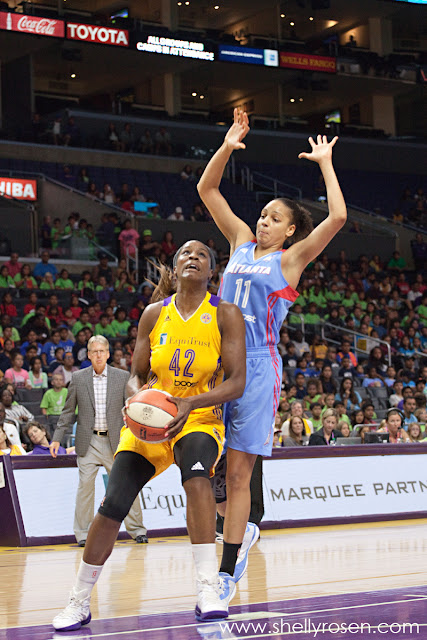 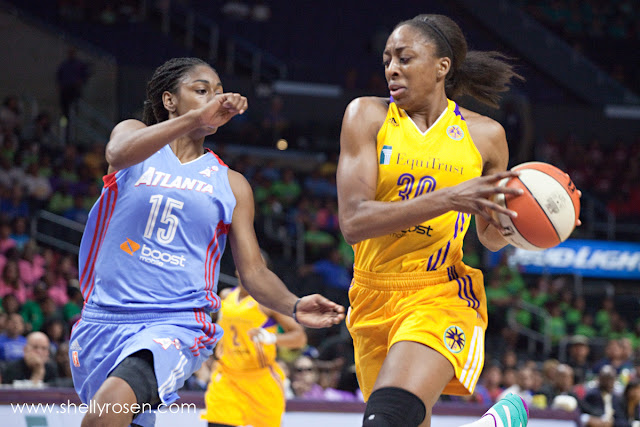 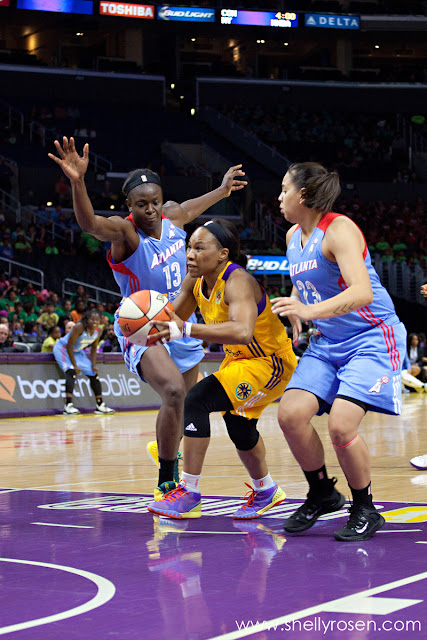 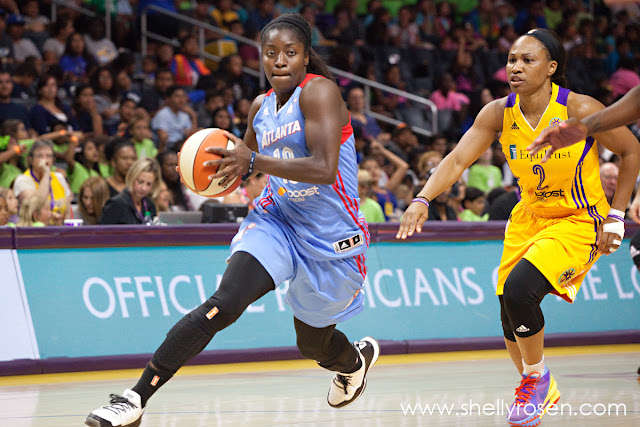 Just wow, you did an excellent job shooting the game and enjoy this once in a lifetime moment.